I spend tons of time and effort trying to figure out how to get better at my job. There’s so much amazing content out there to learn from! Even better, every time I learn something new, it points me in the direction of two or three other new things to go learn.

After doing that for years, you might think I’d be tired of it, or maybe that I’d feel like some kind of expert. Hah! It’s hard to feel like an expert when you’re measuring yourself against folks like Carmack, Koshuke, Jessie Frazelle, Kyle Kingsbury, and others out there on the internet. Not to mention some of the other scary-smart folks (at IBM and elsewhere) I’ve worked with directly.

But. I’ve managed to learn some things. Yay! Learning is my second-favorite drug, right behind the feels I get from shipping a big feature or fixing a tough bug.

The problem, though, is that it’s real hard for me to quantify just what all it is that I’ve learned. Over my career, I’ve mostly been a knowledge vampire: I’ve consumed tons of blogs, articles, and other awesome content posted by awesome people but I haven’t really contributed much back to those kind internet strangers. The content trade deficit there is bad enough by itself, but it also makes it hard for me to figure out just exactly where I’ve been, where I’m at, and how I got from one to the other.

Lately, my preferred knowledge-acquisition channel has been Twitter. Are you on Twitter? Are you following Julia Evans/b0rk on there? You should be! She’s awesome. Easily one of the coolest people on the internet: she’s been learning and growing as an engineer at an incredible pace, and she’s doing her damnedest to bring all of us along for the ride with her. You need to check out her blog, where she’s just about documented everything she’s ever learned: jvns.ca.

I want you to write blog posts about what you're working on / learning right now so I can learn from you. (yes, you!)

When I sat down to write this, I thought I was going to list what all I’ve learned over the past years and what new things I was hoping to learn in the coming ones. That’s impossible, though: you can’t honestly sum up the journey of years in a single piece.

I should have been documenting/blogging the whole way through. But there’s no time like the present to start. From now on, I want to be more like b0rk. 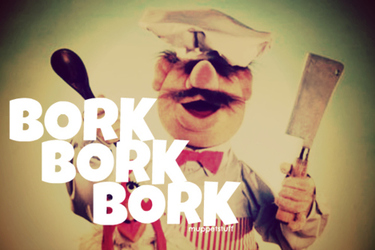